The second story of Manufacturer-- How can we find foreign businessmen?

Mr. Wang called XiaoZhou into his office who majoring in Marketing graduated last year, and said to him about that the company will do foreign orders and the chief engineer Zhang said process equipment network. Asked XiaoZhou to spend two or three days on "how to find foreign businessmen" to do a preliminary investigation, a preliminary scheme is proposed in conjunction with the process equipment network. 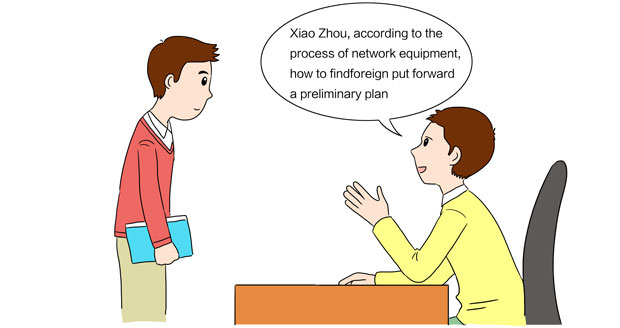 Got sum of affirmative eyes from Mr Wang and Mr Li, Xiao Zhou had some confidence, Start by self-questioning discussing on the introduction: 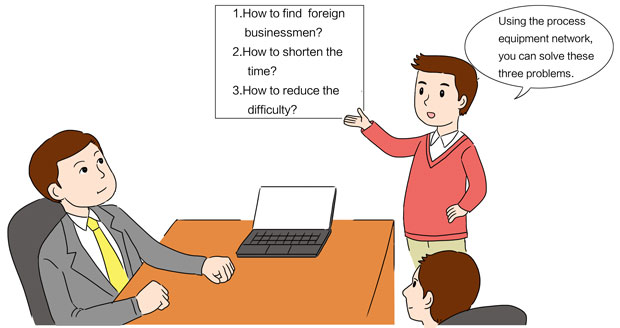 Question one, Enterprises of doing foreign orders looking for new customers, usually through participation in exhibitions, fairs, online search and other methods, of course, after a certain reputation, there are foreign businessmen will take the initiative to come. As the process equipment network is a professional website in the industry, it has had certain influence in the foreign merchant, many foreign businessmen have registered for use, and the website has a person specially assigned for a long time to do abroad promotion, Therefore, we use the process equipment network, equivalent to do the "find foreign" job turn over to the web site.

Question two, The foreign merchants who may bring foreign business, these need to be screened among a lot of foreign merchants, equivalent to the matching between the two sides, the traditional approach is that the two sides through adequate exchanges, or even a phase of cooperation in order to relatively determine. The process equipment network displays the public data of registered factories, and the foreign businessmen can easily understand the basic situation of Chinese manufacturers. Process equipment network also has a professional search function, it is easy for foreign companies to find the appropriate manufacturers according to the demand. If we can maintain the data of the smart quotation system, the foreign businessmen even make a preliminary assessment of our price. This greatly reduces the time for communication between the two parties.

Question three:Any one who start to do foreign orders, You need to grow in your own trials, but the risk consciousness of foreign businessmen is generally strong, so it is difficult to accept. Some of the functions of process equipment networks are aimed at novices who do not understand or unskilled, So at least through the process of equipment operation, and the difficulty of foreign orders will be reduced, foreign acceptable level will increase. 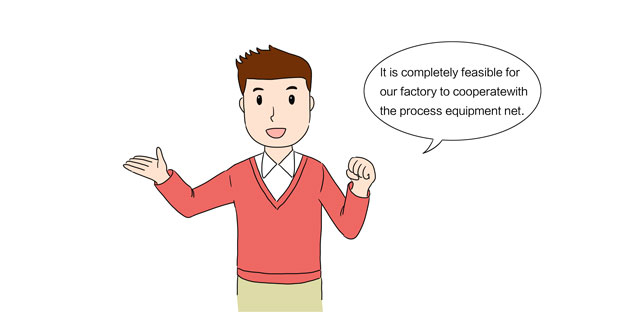 Finally, Xiao Zhou said at a certain point:I have communicated with client manager of process equipment network , they think that the current situation of our factory with the using of network equipment, Find and make foreign business is possible. I also agree with it.

Mr Lee asked Xiao Zhou to make resupply demonstrated abotut some functions of process equipment described early. Give praise to Mr Zhou, and arrange next step work to Manager Wang about how to do foreign trade quotation etc.

Share Gain Points! Share to： Weibo WeChat QQ Facebook linkedin Twitter Print
Previous：The second story of purchaser-- China has a large number of manufacturers, how should I choose?
Next：Effort is an attitude, independent of age